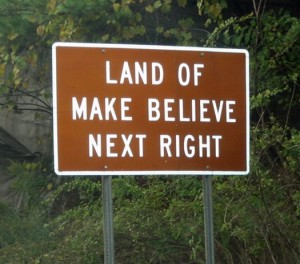 I wonder how much market there will be left on the other side of all the political interventions in the ETS.

The EU Heads of State have given themselves about half a year to agree on a EU climate and energy policy framework for 2030. The governments should use some of the time they have granted themselves to provide the public with an answer to a fundamental question: Do you want an internal market for energy or are you happy continuing to pretend that you want it, leaving it to the next government to blame the EU for failing to achieve it?

Meeting in Brussels on 20 March to discuss Ukraine, climate, energy and competitiveness policies, European leaders once again confirmed that completing the internal energy market by 2014 remains a priority. While some progress is being made, a well-functioning European market for energy remains an illusion.

The products operating in the internal energy market are subsidised beyond imagination â€“ directly or indirectly; the down-stream supplies are characterised by cartels, environmental free-riders, political influence and more subsidies; the nature of the infrastructure that carries the products is a natural monopoly, increasingly owned by private companies. Still, everybody insist on calling it a market. It is a market of make-believe, politically designed by make-believers.

Europe has another market that will play an increasingly important role in the European energy markets: the European Emissions Trading Scheme (ETS). Member States, as well as the European Commission, continue to be confused about whether it wants the system to reduce carbon at least cost, or drive investments in clean energy – or do both. Because they have not made that fundamental choice, they are forced to intervene in what was supposed to be a market. The system is so flawed from incoherent compromises and bad initial design that intervention is indeed needed if the system is ever to gain economic relevance beyond accountants, academics and consultants, making almost risk-free profits from the general confusion.

It started in the late 1990s with a discussion about whether to allocate allowances for free or make use of auctions â€“ we went for free allocation and, thereby applied a polluter benefits principle in which carbon emitters earned large windfall profits. This design flaw has now largely been addressed.

Europe also had a discussion about whether to dictate prices (a carbon tax) or dictate quantities (a cap-and-trade system) to regulate emissions. We decided on dictating quantities.Â  When we got the quantity wrong, we considered dictating the price too (floor price). And on 22 January 2014, the European Commission proposed legislation for a â€œstability reserveâ€ in which we dictate quantities and control prices by managing the supply of allowances in the market.

While the Commission deserves credit for proposing a CO2 target that excludes the use of external credits after 2020 the market starts looking suspiciously like the Common Agricultural Policy or OPECâ€™s supply interventions in the oil market to control prices. The physical storage requirements are minimal for carbon allowances, so we will not see a return to the â€œbutter mountainsâ€ and â€œwine lakesâ€ of the 1980s, but I wonder how much market there will be left on the other side of all the political interventions in the ETS seven years from now, when the Stability Reserve is planned to be introduced.

There will still be 2 billion excess emissions allowances in 2030, creating a need for intervention unless more effective structural measures are applied to the ETS. Meanwhile the removal of renewable energy subsidies is high on the political agenda while little attention is paid to end fossil fuel and nuclear energy subsidies. â€œThe economic and political consequences of making the wrong choices are potentially enormous,â€ as Professor Paul Ekins from University College London told the CECILIA 2050 energy policy conference in Brussels in March. We simple cannot spend thirty years getting the markets right.

National governments are praising the virtues of the internal energy market, and the importance of its rapid completion at their meetings in Brussels. Afterwards they go home and undermine the very same market with national energy policies that are incompatible with the internal market and which reach far beyond 2020, in some cases even beyond 2050. The UK is a particularly strange case. Prime minister Cameron vehemently opposes a European approach to renewable energy, arguing that this would be neither cost-effective nor technology neutral. In a letter sent to Commission president Barroso on 4 December last year, he wrote:

â€œThe 2030 climate and energy package provides an opportunity to simplify the existing targets regime from three targets to one. It is essential that we avoid regulation or targets [for renewables and efficiency, ed.] that will force Member States away from their least cost decarbonisation pathway or undermines a level technology playing field.â€

At home, his coalition government plans to commit consumers to pay a Â£17 billion (â‚¬21 billion) subsidy, including a 35-year feed-in-tariff for nuclear energy that gradually increases from â‚¬111/MWh (Â£92.50) to reach â‚¬340/MWh (Â£279) in 2058. This can hardly be described as a cost-efficient, technology neutral energy policy option; it is certainly incompatible with a well functioning and undistorted internal market; and it is highly surprising that it comes from a coalition that has signed an unambiguous agreement not to pay subsidies to nuclear energy.

Meanwhile, a debate over feed-in tariffs is raging in Germany. Oddly, the discussion is not about whether or not these are the best way of promoting renewables or whether they are compatible with the internal market â€“ a discussion that would be worthwhile taking soon. The discussion is about whether or not energy-intensive industry should continue to be exempt, at the expense of all other German electricity consumers.

We are coming from a EU energy policy approach where subsidies were provided to develop new renewable energy technologies, justified by the marketsâ€™ inability to factor in environmental externalities. Some of those supported technologies â€“ onshore wind and solar PV, in perticular â€“ are now undermining the profitability of fossil fuel operators. European energy policy makers now increasingly respond by seeking to compensate the technologies that are being outcompeted by those who were initially compensated. It is a subsidy spiral without end.

Europe must decide whether it wants a European energy market or continue to allow the gradual renationalisation of energy policy. If it decides to have one, it must stop pretending that we have it all wrapped up in 2014 and start making the necessary decisions to reach the objectives. For the power sector, the starting point is to reduce power sector CO2 emissions by 99% in 2050, as EU Heads of State have already implicitly agreed. The energy and climate policy proposals that are currently on the negotiating table seems far from being able to deliver on that commitment.