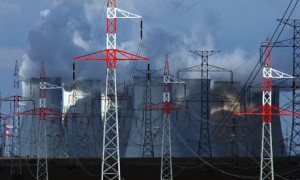 Impressive as these figures are, they are not world records. Denmark, admittedly a far smaller economy, produced 33.2% of its electricity from wind power alone in 2013. Wind power met 54.8% of demand in December and during one hour on 1 December 2014, wind powerâ€™s share of demand was 135.8%, according to Energinet.dk.

2013 became the first year in which wind power was the largest contributor to electricity demand in Spain (21.1%), marginally beating nuclear power (21%), according to grid operator Red ElÃ©ctrica. Renewables as a whole, contributed 42.4% to Spainâ€™s power demand last year â€“ an increase of more than 10 percentage points compared to 2012, which came at the expense of coal (down 27%) and gas (down 34%). Wind power now meets 8% of EU electricity demand and 4.1% of demand in the United States. The switch away from fossil fuels and nuclear power is certainly accelerating these years.

Over the last 20 years, opponents of renewables have used three main arguments against deploying renewable energy technologies: they are too small to matter; they are unreliable; and they are too expensive. The cost argument against renewables is rapidly being eroded as both PV and onshore wind is becoming fully competitive with fossil fuels and far cheaper than nuclear energy.

Nobody can credibly argue that renewable energy is small scale when they supply more than a quarter of the electricity in the worldâ€™s fourth largest economy (Germany). It is also difficult to argue that (variable) renewables will cause blackouts when the Danish power system can absorb 136% of total demand for electricity.

It is not a big technical challenge to manage annual shares of 5-10% variable renewable electricity, as pointed out by the International Energy Agency (IEA) in a February 2014 report on the subject. The report went on to conclude that annual shares of 25-40% variable renewables can be achieved with current levels of system flexibility and that this share can increase to 50% in flexible systems such as the Danish, if a small amount of curtailment is accepted during extreme variability events.

While the record-breaking numbers undeniably show that it is indeed possible to manage a power system with very high shares of variable renewable electricity, we are approaching the point where variable renewables are beginning to absorb most of the existing power system flexibility in some markets. In a recent analysis, system operator Energinet.dk expects wind power to meet 58 per cent of Denmarkâ€™s power demand in 2020 â€“ six years from now. Germanyâ€™s goal is for renewable electricity to provide 80 per cent of demand in 2050.

We must take the warnings on grid reliability and system integration seriously. We must acknowledge that the first 25% is technically much simpler to reach than the next 25%. And we must recognise that additional power system flexibility is needed much sooner than most of us expect.

At EU level, the renewables sector â€“ and European decision makers â€“ have a tendency to expect that the integration challenge can be solved with a European Supergrid, consisting of large HVDC transmission power lines. However, more than 80 per cent of all renewable energy installations in Europe are connected to the distribution grid, as EDSO for Smart Grids, the association of European Distribution System Operators, points out. About a quarter of the electricity must come from non-large hydro renewables by 2020 for the EU to meet its existing binding 2020 targets â€“ more than twice as much as today.

Let us build all the cross-border transmission lines we can gain public acceptance for, but the electricity still needs to get to the consumer. As 70% of the power is consumed by residential and small commercial and industrial users, the biggest challenge for the renewables sector to address is the integration of technologies in new and actively managed local grids.

The PV sector is currently most active on this front, because it is directly engaging in the market for rooftop solar panels. As wind turbines grew bigger over the past 25 years, the sector increasingly distanced itself from the end user â€“ technically and commercially. But even the electricity from a 500 MW offshore wind farm that is fed into a fat HVDC transmission cable will end up in a distribution grid, which must become more actively managed to cope with the immediate futureâ€™s increase in variable renewables.

It is not a question of supergrids versus smart grids. We desperately need both. However, too little attention is given to demand response and storage solutions at the distribution level. The latest evidences came with the European Commissionâ€™s draft State Aid guidelines and the unsuitable Connecting Europe Facility eligibility criteria, which make distribution level finance close to impossible.

It is in the interest of all renewable energy industries and designers of energy policy to address all potential future bottlenecks on the long road from power plant to end user. If we are to meet current ambitions and continue to break records, we cannot blindly add generating capacity and raw copper to the system, without providing more intelligent, IT-based demand response and storage solutions to the distribution level.

80 per cent of the renewable capacity is installed at distribution level and most of the consumers are connected at the distribution level. Still, at European level, 90 per cent â€“ at least â€“ of the attention is on the transmission system. More balance is needed.

This entry was posted in EU climate and Energy 2030, European power sector. Bookmark the permalink.