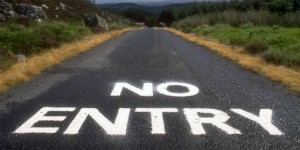 The European Court of Justice (ECJ) today confirmed that EU states are not obliged to make national renewable energy support schemes available to production abroad – a judgment with big implications for the region’s renewable energy sectors.

The ECJ’sÂ rulingÂ goes against the advice of advocate-general Yves Bot who in aÂ January 2014 proposal for opinion,Â  advised the court to make Article 3,3 of the 2009 Renewables Directive invalid because it restricts the free trade of goods in the EU’s internal market.Â Article 3,3 explicitly gives the Member States “the right to decide (â€¦) to which extent they supportÂ energy from renewable sources which is produced in a different Member State.”

Had the ECJ followed the advice of its Advocate-General, which it usually does, the implications would have been immense for producers of renewable energy in the 28 member states of the EU, who would have been allowed to shop around for the best support mechanism. It would also dramatically have changed national governments’ approaches to renewable energy legislation, as they would likely fear the spiralling cost of having to finance renewables expansion from all over Europe.

After today’s ruling, however, national governments have the ECJ’s assurance that they do not risk having to pay for renewables development abroad unless they explicitly agree otherwise with other member states â€“ as is the case between Sweden and Norway.

For renewables developers, the judgement prevents them from benefiting from the highest payment in the short term. However, they also avoid the policy uncertainties and changes to support frameworks that would most likely have followed an opening up of all national mechanisms.

The judgement â€“ which specifically related to the sale of power by wind producerÂ Ã…lands Vindkraft from a Finnish island to Sweden â€“ states that national mechanisms do constitute an impediment to the free movement of goods in the Internal Market, specifically to imports of electricity. However, it is the ECJ’s view that the Directive’s objective of promoting renewables justifies the trade barrier.